The 10 best ski/board runs to suit your style

The 10 best ski/board runs to suit your style

Choose your own Steamboat adventure

Steamboat Resort in Colorado is known for its size; there are 165 runs to discover over six breathtaking peaks and 3000 acres, ensuring skiers and snowboarders are spoiled for choice with every turn.

With so much to explore, there’s truly something for everyone - the only trouble you might have is deciding where to ski and board first.

We’ve consulted with the locals for their favourites, and put them all in one place, so you know exactly where to find the run that best suits your style.

Steamboat is lucky enough to get plenty of bluebird days throughout the season, so the resort’s highest-elevated beginner run is the obvious choice for making the most of that sunshine.

Get there via the Sunshine Express for a cruisy lap down this beautifully wide run and enjoy wonderful views on the way down; plus you can stop off at the Rendezvous Saddle Lodge at the end for lunch or a snack.

There’s nothing like a sweeping cruiser for those who are getting more comfortable with their ski and snowboard legs.

An ode to its name, Rainbow is a gentle curve from Four Points Lodge to three different lift options, and is especially perfect for when you’re feeling a little bit sleepy after a warm lunch and need to get the blood pumping again. 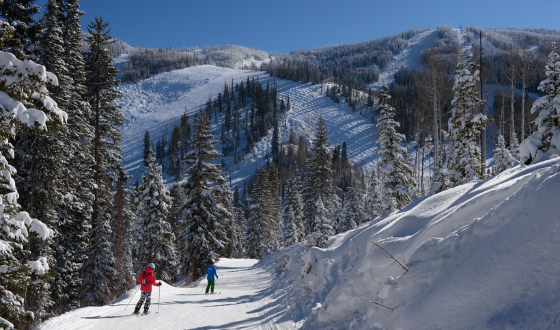 For the advanced: Cyclone, black run

Have the need for speed? Cyclone lives up to its namesake. It’s short but wide and quick, with the steeps well-groomed to ensure you get that perfect carve going.

Placed right under the Bar UE Chair, you may even have some onlookers as you carve it up.

For the mogul lover: One o’clock/Two o’clock, blue runs

Bump lovers, you’ll be in your element here. Begin at One O’Clock, the milder of the two, for well-spaced bumps and a gentle decline that lets you ease your way back into mogul skiing.

Then turn it up a notch with Two O’Clock; still non-threatening but plenty of fun, especially if you have kids in tow. 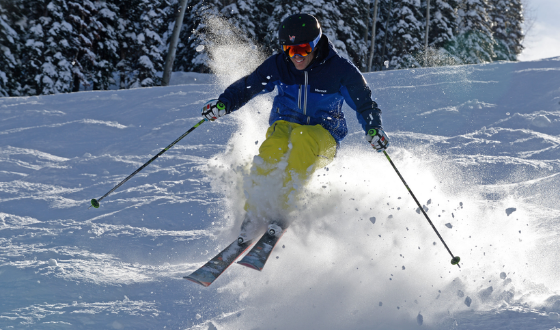 For the powder hound: No Names, black run

Sometimes you have to put in the hard yards to find the steep and deep, and No Names - at the highest point of the resort - is often referred to as the best way to earn those turns.

Hike from the top of the Morningside Lift to get access to this run, which drops in from the top of Mt Werner and uncovers a treasure trove of incredible powder, rock features and tight glades.

Buddy Werner is a Steamboat icon; having grown up in the area, he became a famous Olympic skier and collected incredible accolades overseas, but was never too busy to hit the slopes with local kids and share his enthusiasm for the sport.

Buddy was killed in an avalanche in the Swiss Alps when he was just 28, but his memory lives on in the mountains. You’ll find his statue at the top of the run named after him, and the run itself is an ode to cruising flowing terrain with scenic valley views.

This will literally be a tree hugger’s dream. The tightly-packed trees make for short, fast turns through an area that’s known for being packed with powder, even days after a storm.

Get there by finding the glades between Bar UE and Storm Peak lifts, and get ready to be lost in the woods in the best possible way.

Tomahawk tops the list as a favourite run for many Steamboat locals. The gentle rollers and stunning views make for a long, wide, beautiful start to the morning as you enjoy the corduroy under the early morning sunshine.

Get there from the top of the Sunshine Express, and rest assured that kids will love it too thanks to the rollercoaster vibes of the rollers.

It’s literally called Snooze Bar - so you know it’s the right place for you. Find this run in Morningside Park on the backside of the resort, named for being so remote that you may be lucky enough to have it all to yourself, even when finding it at a late hour.

If you need a little extra wake-me-up, you can get there via Alarm Clock for some glades that will get the legs moving and heart racing.

FIND THE BEST DEALS FOR STEAMBOAT