Spring, The New Winter For Snow Lovers In Canada

SPRING, THE NEW WINTER FOR SNOW LOVERS IN CANADA

Longer sunny days, riding in just a tee, or a hoodie and ski pants

Everyone loves spring skiing for the great vibes and fun times to be had on the mountain. Now picture those spring vibes in Canada and you’ve just found your new ‘winter’ experience next season.

Sun Peaks Resort, in British Columbia’s interior, is known for producing incredible conditions right through until early April.  Which is just one of five reasons why we’re hanging up our mittens and boots until February rolls around in Canada.

More Time on the Slopes

December and January can bring short waits at the lift but later on in the season, as the kids go back to school, you can look forward to skiing right onto the chair after each run. If endless laps aren’t enough, longer days in spring mean you can enjoy even more time on the slopes with the Sundance, Morrisey, and Orient chairlifts running an extra half hour in the spring.

And as Sun Peaks is British Columbia’s second-largest resort, you’ll have plenty of terrain to choose from, with 137 runs to be found over 4270 acres of terrain. 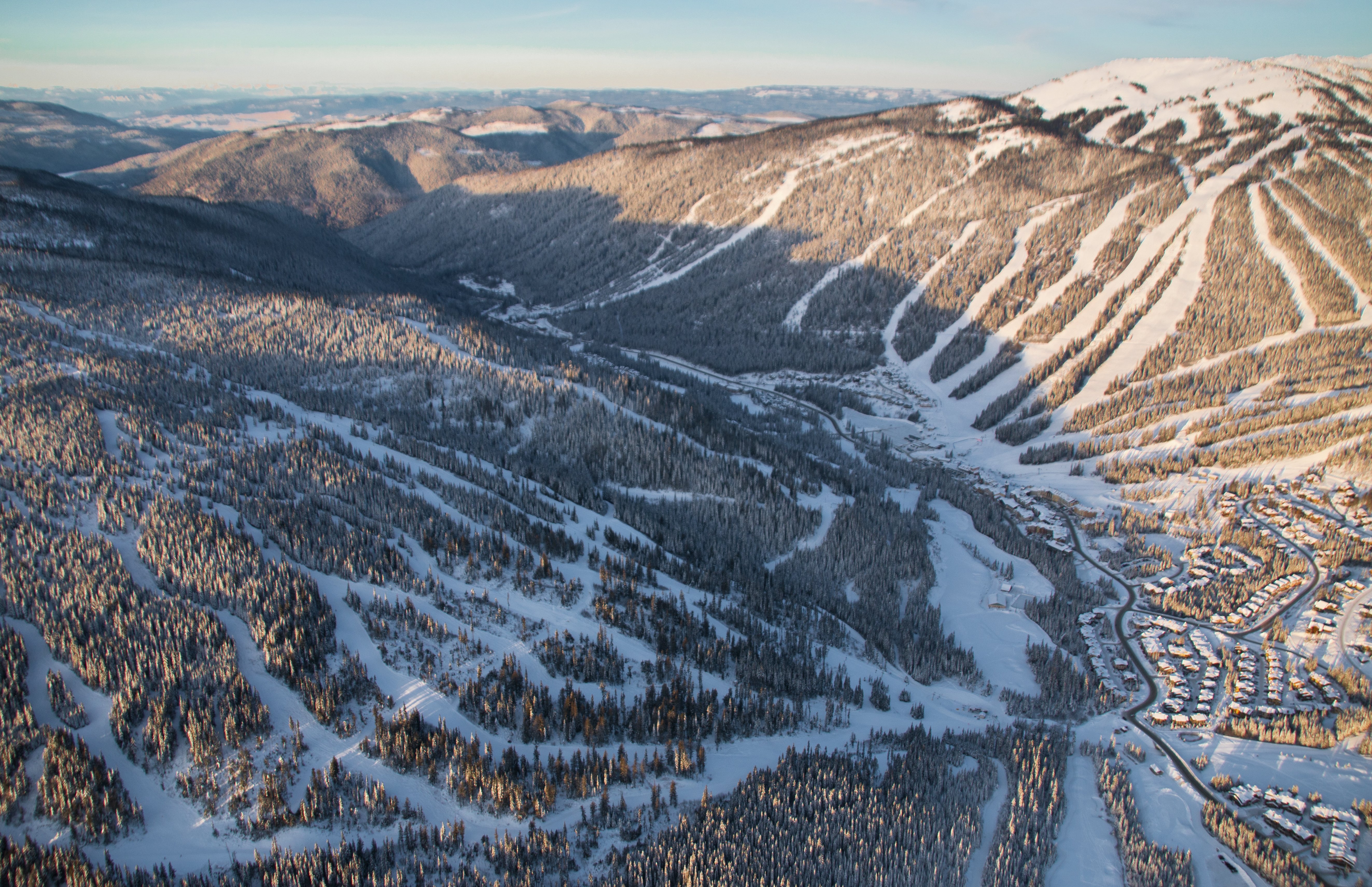 The snow… of course.

At Sun Peaks, the end of winter doesn’t mean the end of powder days. Spring skiing conditions are loved just as much as powder days when it comes to the fun factor, so join them to cruise wide open groomers, snake through soft moguls, and charge corn snow to your heart’s content. Speaking of powder, just because it’s March doesn’t mean the storms have disappeared, so there’s always the chance of a sneaky late season pow day to reward your efforts to the end. 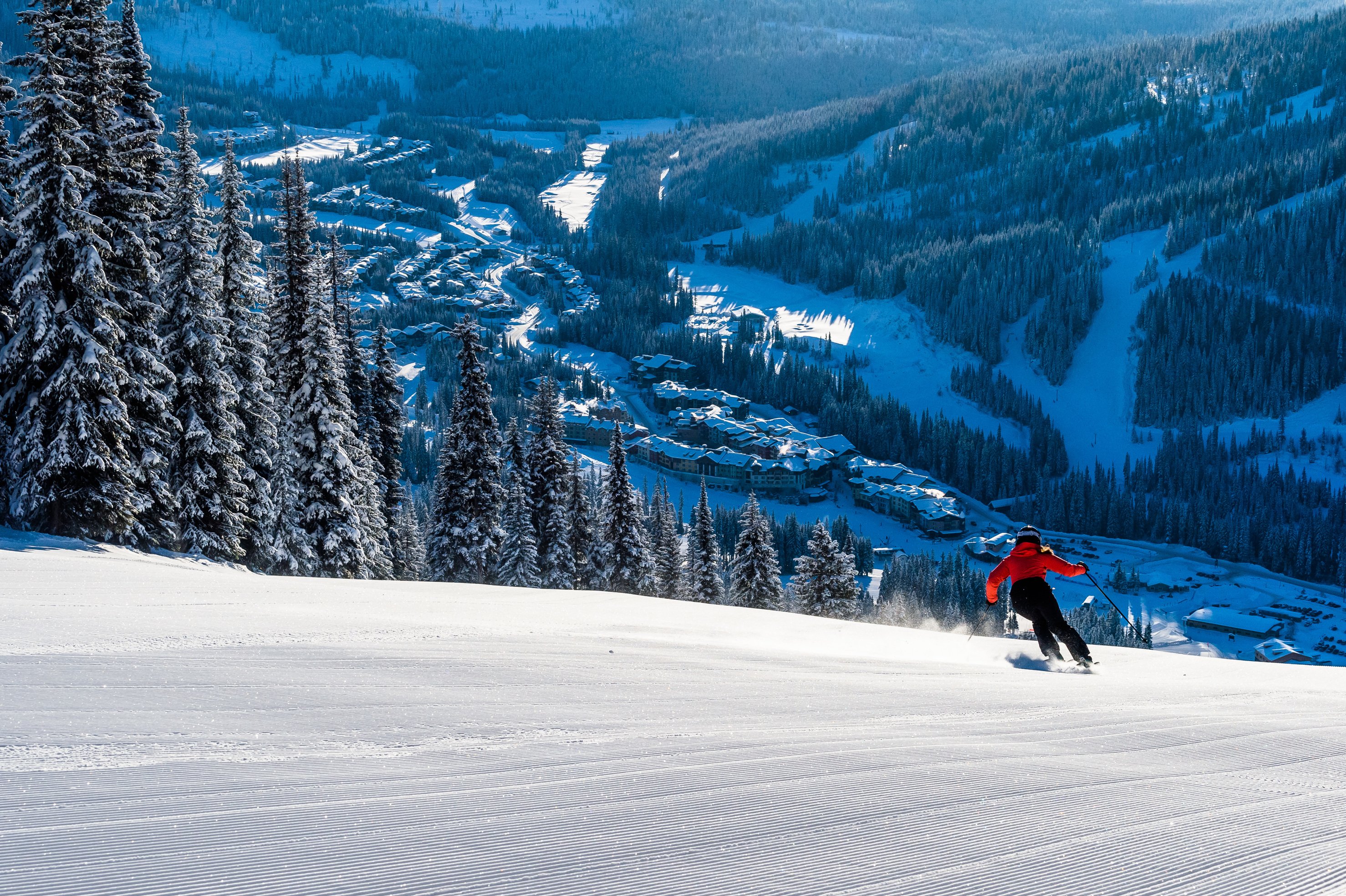 Spring brings warmer temperatures and plenty of sunshine to the slopes. Sunny days also mean clear blue skies, so stunning alpine views are on full display at this time of year. Ditch a few layers, slap on some sunscreen, and get to work on that goggle tan while soaking up plenty of Vitamin D when you hit the mountains in March and April.

Be sure to pack the sunny lens for your goggles, as Sun Peaks is known for over 2000 hours of sunlight every year.

Cradling a glass of wine by the fire while snow falls outside has its charms, but après really kicks up a notch when the patios come into play in spring. Sun drenched, ski-in, ski-out patios at Sun Peaks’ restaurants and bars, and others beckon for a bite to eat or a post ski beverage, often accompanied by plenty of tunes to keep the party going long after the lifts are closed. Pull up a chair, loosen those boots, and toast to another great spring on the slopes! 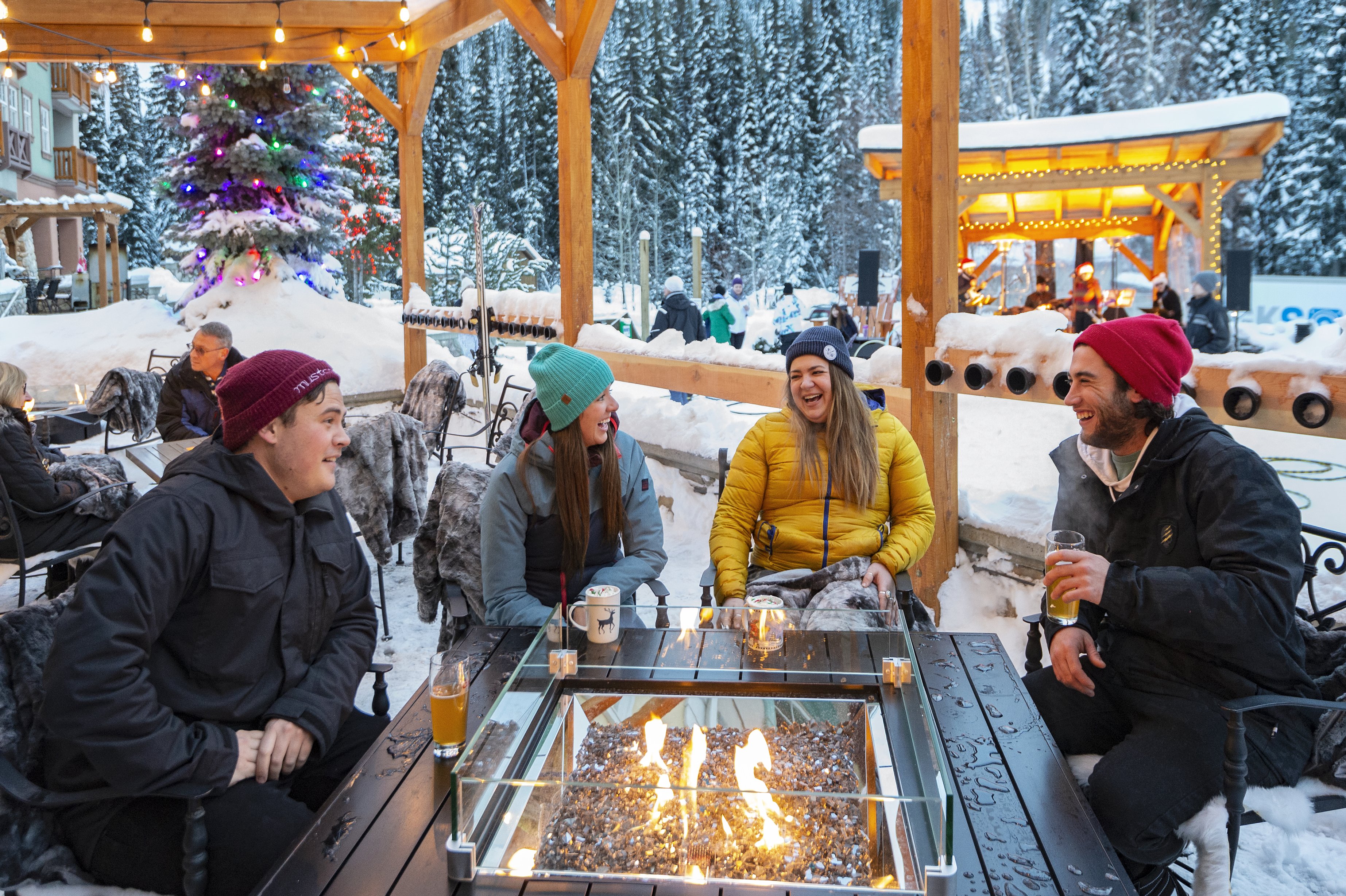 Aim for the springtime sweet spot around the end of February and the beginning of March to get the best possible deals on airfares, accommodation and just about everything else.

The Aussie crowds disperse at the end of January, and the North Americans won’t have arrived for spring break yet – so you can expect to save serious coin.

Like getting seven nights at the at Cahilty Lodge Sun Peaks from only $1,559* per person twin share. 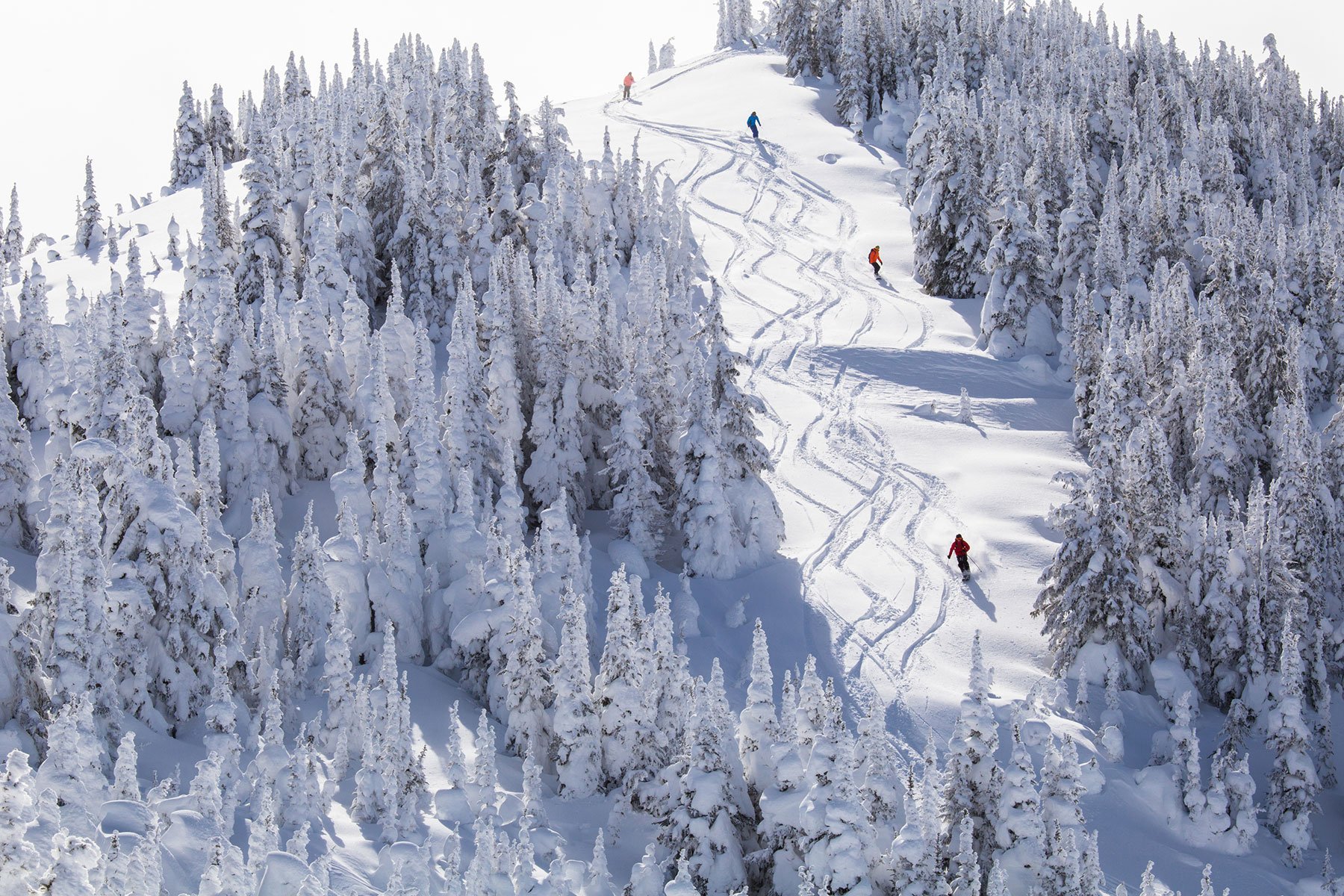